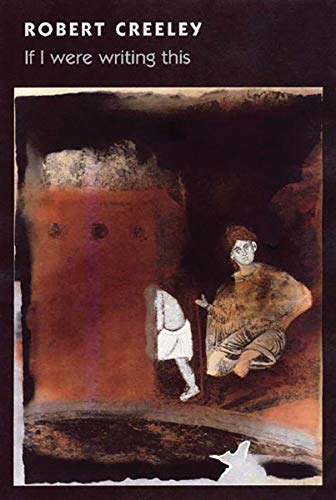 If I were writing this

Creeley won the Bolligen Prize in 1999, a Before Columbus Lifetime Achievement Award in 2000, and a Lannan Lifetime Achievement Award in 2001 following his magisterial, darkly nuanced last collection, (1998). This book seems at first like the slightly lighter continuing of that book's themes and modes. Poems linger over friends and pleasures with frequent rhyme while contemplating "the one who's in between/ the others who have come and gone." One of a number of poems for or involving Allen Ginsberg find it has been "No contest./ One's one again. It's done." "Supper," meanwhile, becomes an occasion for darkly celebrating cycles of continuance: "I am ahead. I am not dead./ Shovel it in." The 54 tiny quatrains of "Drawn & Quartered" make their little cuts with serrated precision: " 'Man, this stuff/ is rough!'/ 'What would you pay/ to make it go way?' " As with Ashbery, who is Creeley's exact contemporary, it is difficult to do more with this late work than to say that no one else could have written it, and that it is marvelous and oddly summative. Some readers will think of Stevens, others of William Bronk, still others of Wordsworth or John Clare at moments. Filled with snapshot-like memories, asides on physical difficulties and explicit exhortations ("Please, don't put/ if you can help it, your loved ones in/ a care facility, they will only die there"), the last few poems depart from Creeley's minimalist implosion to track twined past and present. This aphoristic, playful, loving and sharply focused book gives readers its speaker's precise location: "Physical hill stands my will./ Mind's ambience alters all."