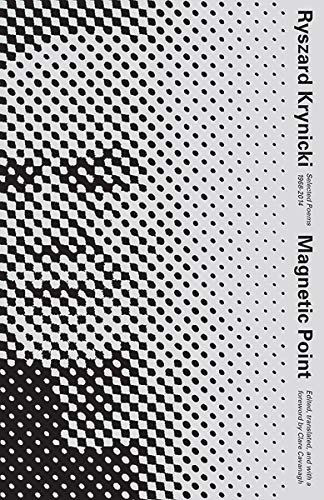 Krynicki was born in 1943 in a Nazi labor camp in Austria, where his parents were deported from Eastern Poland to work as slave laborers in a tank factory. A “posthumous child,” as the author of this marvelous book of poems calls himself, Krynicki remembers being frightened by screams while growing up and being even more afraid of laughter, and his father teaching him every kind of physical labor and telling him that only by working with his hands would he be saved when the next war came. If his hands were rough, he’d be spared; if they turned out to be delicate, he’d be sent to a camp or put up against a wall to be shot.

“Can you describe this?” A woman once asked the great Russian poet Anna Akhmatova as they waited outside a Leningrad prison for news of their sons arrested by Stalin’s secret police. Indeed, this has been the perennial question for poets and writers who, over the past century, have had firsthand knowledge of political oppression and war. “Yes,” Akhmatova told the woman, “I can describe it.” Krynicki is less sure; the poems about his childhood tend to be about the kind of emotions that words do not fully capture or that elude language completely.

The poems in this volume can be divided into private and public. On one hand, the inner torments of a man with an extraordinary life story; on the other, poems about the age we live in. Citizens of “Planet Phantasmagoria” is what he calls us. Active in Poland’s Solidarity movement during the early 1980s, Krynicki describes fascists changing shirts in one poem and, in another, “the one-thousand-nine-hundred-seventy-three-year-old Christ” being killed and resurrected, killed and resurrected. His poems are full of memorable quips, in the manner of Greek epigrams. One such poem, “The Age,” is just three lines long:

The age of progress liberated demons
of which the Middle Ages
never dreamed....

What unifies Krynicki’s work is his alert eye and empathy for every kind of suffering. In a poem describing a visit to a museum in Paris on a snowy afternoon, he notices a gray lump bundled on the sidewalk’s edge, some refugee, he thinks, from a country caught in civil war. In “Leaving Assisi,” that birthplace of St. Francis and so much great art, he spots the helpless gaze of a calf taken to slaughter. On another occasion, he’s given a chance to offer a helping hand to another of God’s creatures: “Secretly, discreetly/ I lift my older brother,/ the snail/ from the path,/ so that no one will step on him.” Master of luminous detail and a well-turned phrase, Krynicki’s poems, even the exceedingly short, rarely fail to move us. (Nov.)

Charles Simic is a former poet laureate of the United States. His latest book, Scribbled in the Dark, is out now from Ecco.