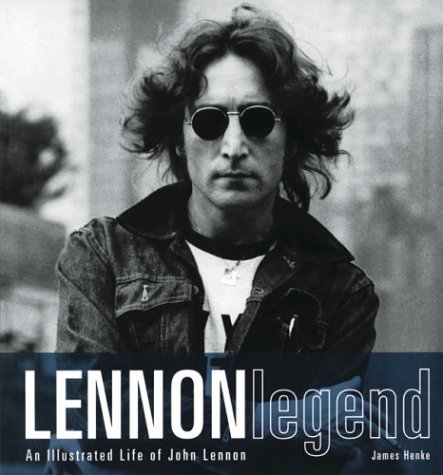 Henke, a rock critic and v-p of exhibitions at the Rock and Roll Hall of Fame, provides a breezy and serviceable biography that contains few unfamiliar photos and little new information. Yet incredibly detailed reproductions of artifacts (removable on almost every other page) from Lennon's life and work make this book something many fans won't be able to pass up. These include a report card from 1955; a business card for Lennon's early group the Quarry Men, distressed for effect; a ticket for the Beatles' appearance on in its original envelope; Beatle bubble gum cards; pages from a 1967 article in ; cards from the Yoko Ono art show that introduced her to Lennon; and handwritten lyric sheets. For any Lennon fan, this will be as close to the originals as one can get without actually owning them. Despite the splashy layout and varied materials, the book doesn't seem overdone, since Lennon himself worked in all sorts of media—such as the "War Is Over" postcards included here. An hour-long CD included with the book has Lennon talking about his work in his unmistakable combination of sly wit and engaging self-deprecation, a wonderful reminder of why Lennon is still beloved more than 20 years after his murder.