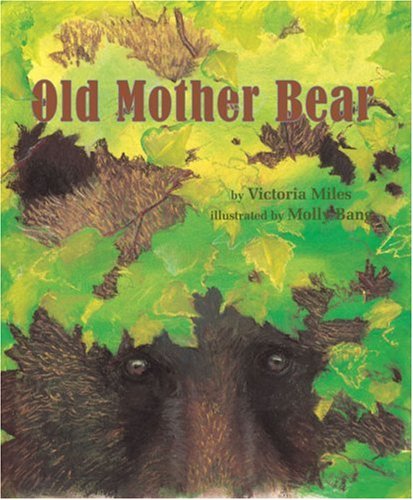 Miles ( ) and Bang ( ) paint a reverent, informative picture of a majestic 24-year-old ursine matriarch raising her last litter of cubs. Readers accompany the bear (based on a real-life deceased grizzly nicknamed Blanche in British Columbia) as she digs a den, gives birth, nurses her three young and teaches them the ways of a remote wilderness. The narrative reads like observations from a naturalist's journal, often with informed speculation. "Wherever their mother went the cubs watched and followed. They padded along ancient grizzly paths where Old Mother had taken all the cubs she'd raised." While the objective, lengthy account with its unobtrusive tone may be better appreciated by older picture book readers, Bang's vibrant oils and chalk illustrations will give younger audience members the feeling they're onlookers in the same woods, watching the "old she-bear" as she teaches and protects her young. Five spreads in the middle of the book zoom in for exciting close-ups of an encounter with a hostile male grizzly. Rectangular inset vignettes within lightly outlined borders often appear within the full-bleed spreads. These scenes-within-a-scene give a more intimate view of the bears' activities (e.g., the vista of a deep blue lake edged with glowing fall foliage and snowcapped mountains contains a smaller portrait of the bear quartet curled up in their den). Audiences will be grateful for this gentle, genuine portrayal of a wilderness giant. Ages 4-8.