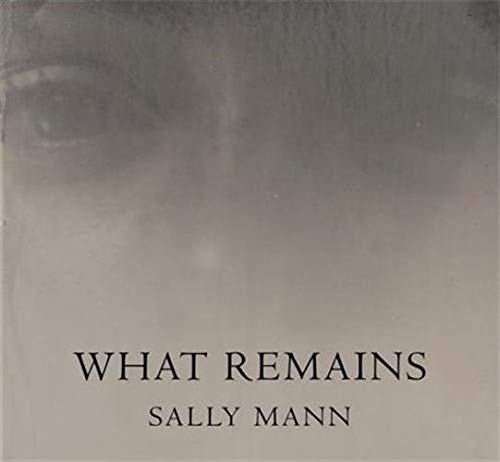 Mann's previous collections, and , recorded the bodies of children with a frank, slightly detached sensuality at a time when public hysteria around issues of child sexuality was sharply on the rise. The fact that many of the images were of her own children left Mann particularly vulnerable to charges of exploitation. But though controversial, what deflected such accusations was the serene flawlessness of Mann's pictorialist photographic technique, which somehow contained her very real provocation without necessarily resolving it. An even deeper sense of subtle disturbance pervades the four suites of photographs that make up this latest collection, whose subjects are mortality and death. In the two most graphic and difficult sequences, the remains of a beloved family dog and the corpses at a forensic lab are given equal emotional weight, equally luxuriant and pitiless memorialization. The difficult and time-consuming glass-plate process Mann employs, which results in an often dark, stressed and uneven surface, mirrors both the decay of the subjects and the movement of time that has claimed them. In another set, the almost invisible traces left by the death of a fugitive on Mann's property are recorded in washed-out images that convey with numb bleariness violence's psychic consequences. But in the book's most successful sequence—depicting the Civil War battlefield of Antietam—there are no literal traces of the dead at all, only an overwhelming psychic weight, which is reflected in intensely dark surfaces pocked with fissures and holes that at times resemble fields of stars laid over the barely visible hills, trees and fields. And if the last sequence, a series of extreme close-up portraits of Mann's (now grown) children, is less powerful by comparison, it provides the elegiac and loving coda to a book whose richness of presentation and sober subject matter work off of each other in varied and unexpected ways.