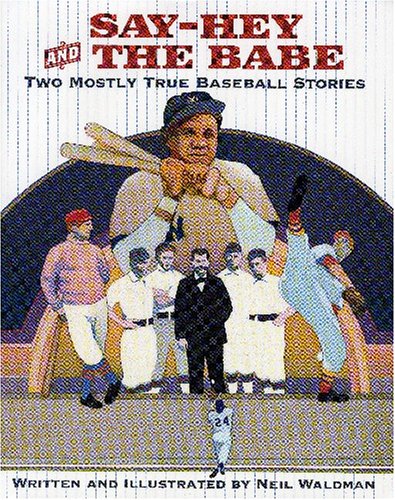 Waldman's ( ) folksy narrative combines baseball fact, lore and nostalgia. The structure may be hard for some readers to follow, but baseball fans may well be willing to stick with it. In the opening vignette, set in 1951, a trio of boys finds an old baseball at the bottom of a sewer. The next episode flashes back to opening day of the New York Yankees' 1927 baseball season, when a ball hit by Babe Ruth strikes a girl sitting in the grandstands. After the game, a regretful Ruth gives her a ball signed by him and his teammates, which her father proudly keeps on display. Not long after that, the girl's brother, Harry, fetches the prized ball when he and his stickball-playing pals lose theirs, yet ball also gets lost—down the sewer. Setting the groundwork for the ball's retrieval, Waldman then shifts the action back to that same day in 1951, when Harry's son, Peter, and his two buddies save their lunch money to see Willie "Say-Hey" Mays and the Giants play at the Polo Grounds, then head to Harlem to watch their idol play stickball. After Mays blasts a Spauldeen over seven sewers, Peter and pals attempt to recover it from a sewer—only to find the autographed Yankees ball instead. The author includes copious sidebars filled with baseball and stickball history and trivia. Monotone pen-and-inks and realistic watercolor paintings together effectively evoke these eras and capture the energy both on the field and in the street. Ages 6-10.