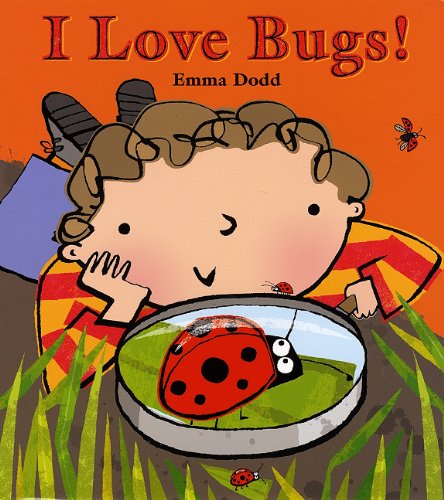 A small boy with curly hair and a striped T-shirt sings an extended love song to insects, arachnids, arthropods, and more (“I love springy jumpy leapy bugs and slimy crawly creepy bugs”). The boy and the insects are shown closeup, outlined in expressive black ink, their surroundings rendered as flat, graphic greenery. Googly-eyed grasshoppers cavort through grass the boy parts with his hands to reveal slugs and caterpillars crawling across the soil. When his picnic is invaded by wasps who land on his jam sandwich, the boy says he likes them, too: “I love brightly-colored wing bugs and stripy swipey sting bugs.” Most are common species, and young insect fans will be able to name them. But Dodd ( ) is less interested in identification than in celebration. Well-meaning parents may offer this to a child who's ambivalent toward creepy-crawlies, and it would be a good choice; the friendly, slightly anxious looks on the faces of several bugs make it clear that they're nervous, too. But it's young enthusiasts who will like it most. Ages 3–5.