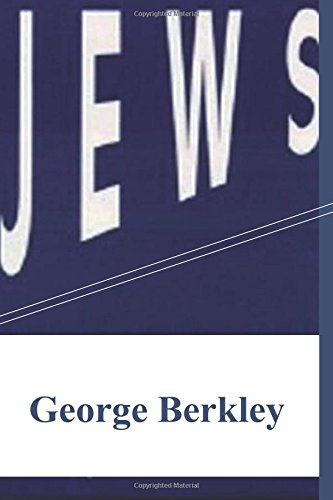 Berkley, who is Jewish, a member of B'nai B'rith and author of Vienna and Its Jews, has written a freewheeling, brashly opinionated, anecdote-filled, sometimes entertaining cultural history of the Jews that is certain to irk and provoke. In his opinion, Jews tend to be assertive and prickly; they have an often desperate need for recognition and respect; a fractious people, driven by disunity, they give generously, but rarely anonymously, and have a ""near-obsession with food."" The typical Jewish family, he says, features a dominant mother, a relatively weak father and a high degree of solicitude for its children. These and other uneasy generalizations border on stereotypes. Berkley identifies what he sees as a new type of Jewish personality, the ""aggressive wimp,"" citing as examples Howard Stern, Alan Dershowitz, Billy Crystal. His criticism of what he calls ""Holocaust fixation,"" and of Jews' insistence on the uniqueness of the Nazi genocide, is bound to be controversial, as is his apparent opposition to allowing homosexual men to become rabbis, and his suggestion that Palestinian Arabs do not really constitute a distinct people. Most debatable of all, perhaps, he argues that rabidly anti-Semitic Austrians and Bavarians, rather than the German nation at large, were the originators and principal perpetrators of the Holocaust--a viewpoint diametrically opposite that of Daniel Goldhagen's recent Hitler's Willing Executioners, which he attacks. (Apr.)
close
Details