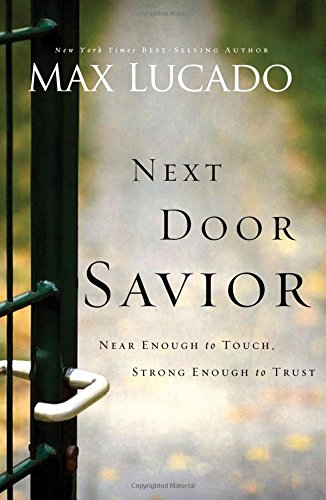 If Christian publishing phenomenon Lucado has been criticized for anything, it's for repeating the same basic themes in his books: Christ, his death on the cross and the grace and forgiveness offered to those who follow him. This latest doesn't deviate, but somehow manages to make these themes crisp and compelling. The essays, each built around an episode in the life of Jesus, are often unabashedly poignant, at times humorous and always hopeful. Lucado's unique retellings cast Jesus as a compassionate personal friend who isn't put off by anyone's past mistakes. In one essay, Jesus urges a reluctant Matthew (the tax collector) not to ditch his old acquaintances, while Matthew argues "But Jesus, these guys... half of them are on parole. Josh hasn't worn socks since his Bar Mitzvah...." A reach-for-the-hanky story portrays Jesus as "The Trashman," willing to take the burdens of others on himself. Throughout this book—as he has in others—Lucado explores the paradox of Jesus as both fully human and fully divine: "Midwifed by a carpenter. Bathed by a peasant girl. The maker of the world with a bellybutton. The author of the Torah being taught the Torah." Lucado clearly portrays God's love, forgiveness and concern about the smallest details, "for even though he is in heaven, he never left the neighborhood." Solidly grounded in Scripture, drenched in the trademark Lucado anecdotes that have endeared him to legions of fans, this book may be his best in a decade.