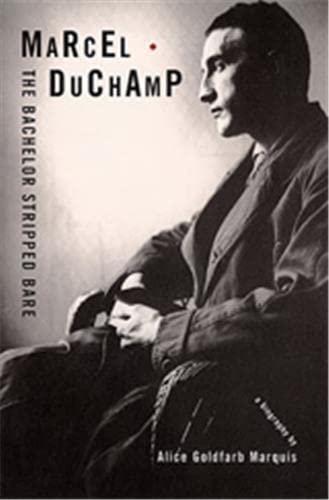 Perhaps the 20th-century art world's most stimulating gadfly, Duchamp (1887–1968) wielded great influence on young American artists, from his cavalier pronouncements and installations to his cryptic sense of humor. He is the subject of an enormous critical industry and produced an alarming amount of primary source material in his own prose and interviews. Sifting through the latter requires a canny guide with a keen eye for separating jests from what Duchamp meant in earnest; journalist and historian Marquis, a visiting scholar in history at the University of California–San Diego () does an excellent job. Duchamp spent more time on his "persona," she charges, than his "extremely limited" series of works. In discussing Duchamp's long stint chess playing rather than overt art making, she compares Duchamp to other "disappearing acts" of French artistic life, creators like Gauguin who fled the spotlight to work in their own private corners, then shows how an American audience took this traditional approach as unusual and refreshing. In 12 chapters that include 16 pages of color plates (not seen by ) and 65 b&w images, Marquis examines the artist's legacy, the way his jokes empowered dealers, artists and art historians, who in turn promoted pop, conceptual and postmodern art that also ridiculed the idea of art. Without taking any guff from Duchamp, and carefully treading between the real contributions and interview verbiage as if she were wearing hip boots, Marquis is a sane and sensible guide to the continually puzzling paradox of Duchamp. The book makes an excellent beginning point for readers who have seen some of the work and want to know more about man and myth.