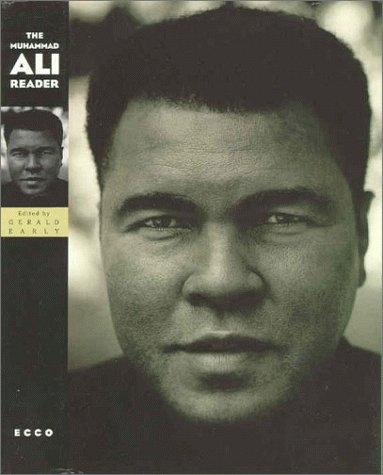 One of the most admired and best-known boxers of the 20th century, Ali is the subject of some 30 essays and a poem by an all-star cast of prominent contemporaries, including Tom Wolfe, George Plimpton, Jackie Robinson, Leroi Jones, Irwin Shaw, Norman Mailer, Roger Kahn, Garry Wills, Bert Giamatti, Hunter Thompson, Joyce Carol Oates and Gay Talese. One surprise is that Floyd Paterson, humiliated by Ali in the 1960s and who later called him a coward, staunchly defends Ali's fight decisions, in a piece here written by Paterson and Talese. Mailer offers a turgid essay on the language of the body. Oates, who recalls the pugilist's early fights when he said he ""floated like a butterfly and stung like a bee,"" muses on the ""genius"" of Ali's boxing in view of his graduating 376th out of 391 in his high school class. Other pieces tackle the subject of Ali's Muslim religion, portraying an idealistic, devout, warm, generous and admirable human being determined to help blacks fight what he describes as the ""awful odds"" against them. Early (Tuxedo Junction) has assembled a splendid collection. Photos. (June) FYI: Knopf has recently published the translation of a German biography of Ali: More Than a Champion, by Jan Philipp Reemtsma, trans. by John E. Woods (172p $21 ISBN 0-375-40030-3)
close
Details