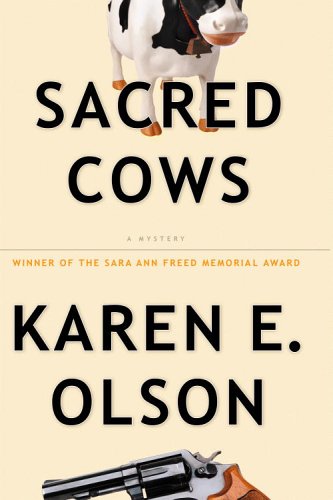 A phone call summons New Haven, Conn., crime reporter Anne Seymour from a beer-fogged sleep to cover a breaking story at the start of Olson's spirited debut, the winner of the first Sara Ann Freed Memorial Award. The dead body of a Yale undergrad lies at the foot of a luxury high-rise condo. Anne faces the usual stonewalling by the detective-on-the-scene—which smarts a little extra as he has recently vacated her bed. Dogged by a pesky fellow reporter, Anne struggles to keep her byline to herself, while she's warned off the case by her boss, her cop boyfriend and the university higher-ups. The plot thickens when she learns that the student was a high-priced escort, as is the next young female Yalie found murdered. A slave to her hormones, the smell of garlic and her driving ambition, the spunky, imperfect Anne is an engaging protagonist. Several other well-realized characters, some bovine humor and an amiable sense of the Yale/New Haven community round out this enjoyable first. . .