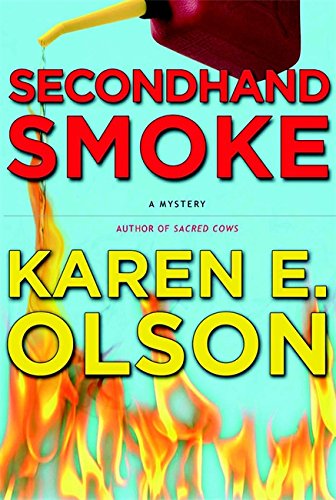 Authentic urban atmosphere, generous wit and winning characters lift Olson's second outing for Annie Seymour (after 2005's ), which takes the intrepid New Haven, Conn., reporter to a possible arson scene. When a cherished local Italian restaurant, Prego, burns down, a corpse in the rubble is believed to be that of the owner, Sal Amato. The police later determine that the deceased is Prego's hostess, whose history of domestic violence with her boyfriend, Prego's chef, leads to the chef's arrest. But when Annie stumbles on Amato, just after he's shot dead, it looks as if the mob may be responsible. Enter Annie's father, who's in town from Las Vegas. Annie worries her dad is somehow involved, and when his fingerprints show up in suspicious places, the cops and the Feds agree. To clear his name, Annie joins forces up with sexy Vinny DeLucia, marine biologist–turned–gumshoe, who conveniently turns up in all the wrong places at the right times to save Annie's derriere. Readers are sure to look forward to Annie's further adventures.