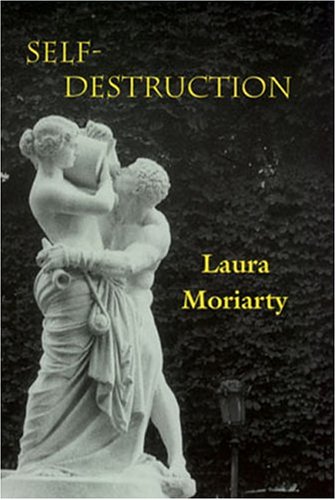 Moriarty enters the third decade of her career with an exciting book that extends both the penchant for splitting, doubling and twinning seen in (1996) and the enigmatic handling of narrative fragments first perfected in the brilliant and bewildering (2001). The book's two unevenly sized sections form an asymmetrical diptych, mirroring Moriarty's densely patterned, obliquely framed glimpses of the self as it shades into and is sometimes eclipsed by the "other." "My Disappearance" unfolds over the course of 72 poems, some in chiseled stanzaic forms that rival Robert Creeley at his best, others in prose paragraphs favoring opacity, incompleteness and indeterminacy. Returning repeatedly to the ways in which war and empire form the unreachable horizon of subjective experience, these poems are remorseless and poignant at once: "I don't miss my friends/ Who have become unknown to me/ The truth can't be communicated/ The war keeps us in touch." The much shorter second section counts among its 11 poems a 13-page meditation on "cryptophasia" (the language twins often concoct to communicate with one another) that synthesizes many of the book's most persistent themes and weaves in numerous citations from other writers (John Wilkinson, Brent Cunningham, Giorgio Agamben, Gail Scott). Starkly nonidentical, these twin sections add up to one of the best books of poems to be published so far this year.