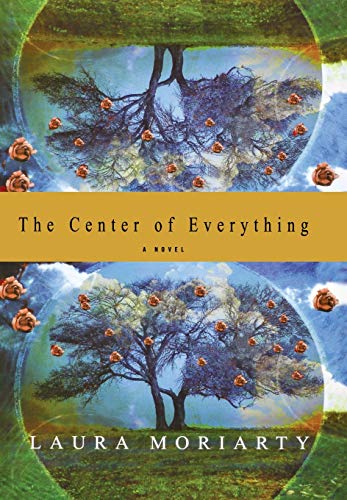 THE CENTER OF EVERYTHING

For 10-year-old Evelyn Bucknow, there really is no place like home. On all the world maps she's ever seen, the United States has been smack dab in the middle, with Kansas in the middle of that. "I feel so lucky to live here, right in the center," she proclaims, in Moriarty's wonderfully down-to-earth debut. Dazzled by visions of Ronald Reagan on the television, the twinkle in his eye and his contention that "God put America between two oceans on purpose," Evelyn's youthful optimism is shaken by her young single mother Tina's inability to take control of her life. As Tina falls for her married boss, who gives her a car (his contribution to the trickle-down theory) but leaves her pregnant and shattered, Evelyn grows closer to her neighbor, a curly-haired scamp named Travis (who has eyes only for Evelyn's stunning friend, Deena) and her Bible-thumping grandmother, a regular listener to Jerry Falwell's radio show. As a teenager, she is influenced by a couple of liberal-minded teachers, one an émigré from New York and the other an introverted biology instructor intent on teaching evolution, but she never cuts her family ties. With renewed faith in her scatterbrained but endearing mother and with college on the horizon, she begins to find her place in the social and political spectrum and to appreciate the vastness of a world that just might extend beyond the Sunflower State. Moriarty deftly treads the line between adolescence and adulthood, and insecurity and self-assurance, offering a moving portrait of life in blue-collar middle America.