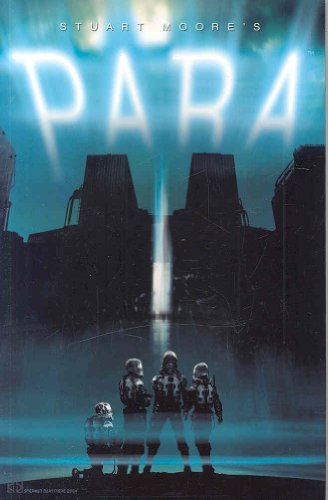 Careful attention to mood makes this psychic-SF thriller a standout. Moore and his crew of artists have watched enough episodes of to realize that menaces are more frightening when they're only glimpsed in oppressive shadows. The creators also recognize when it's time to turn on the lights and start actually solving problems. Back in the 1980s, a giant underground supercollider apparently went wild and released radiation that killed everyone present. It's been sealed ever since. Now, the lead experimenter's daughter, who's grown up shunning science, accompanies an exploratory team reentering the gloomy site, where they find no bodies, no radiation, just the word "PARA" scrawled on the walls in blood. Threatening, wraithlike creatures, government treachery and portents of the end of the world soon ensue. The supercollider's deserted tunnels are spooky in themselves, and 's art team uses their darkness effectively as background for the explorers' inchoate personal conflicts. Moore's explanations for what's going on sound scientifically plausible enough to give the story a solid feeling—even after more fantastic events. Finally, the character development is unusually convincing as the heroine transcends her past and moves forward, a cliché that actually works.