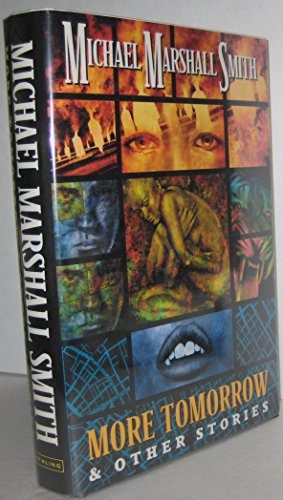 MORE TOMORROW: And Other Stories

In this stellar retrospective collection, Smith ( , etc.) proves that effective horror fiction depends as much on solid grounding in the ordinary as on the evocation of the extraordinary. Most of the 30 stories (including four original to the volume) feature characters so believably common and unassuming—"emotionally homeless, culturally pointless" is the way one describes himself—that the nightmares that overtake them hit with the unexpected force of a sucker punch. In the title story, a friendly infotech type finds his tediously clinical work on computers slowly drawing him into a voyeuristic hell of Internet pornography. "A Place to Stay" conveys the strange experience of a man's vampirization through the disorienting fragmentation of his daily routines. The protagonist of "Being Right" leads a life so seemingly humdrum that the reader is disarmed to discover it's the manifestation of a repellent psychopathology. Smith's skill at presenting emotionally credible characters gives him easy access to a wide range of themes, from "To See the Sea," a Lovecraftian tale with a flesh-creeping surprise, to "To Receive Is Better," an O. Henryesque shocker. Most of these stories have been available only in the author's native U.K., and this omnibus gathering will introduce American readers to one of the best writers of short horror fiction to emerge in the 1990s.