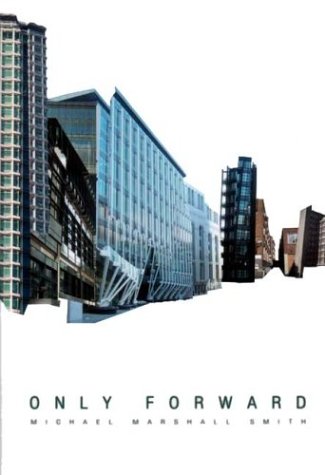 The dazzling pyrotechnics of British author Smith's last two future noir spectacles, (under option to DreamWorks) and (under option to Warner Brothers), are prefigured in his promise-filled debut novel, a 1994 U.K. paperback original now seeing its first hardcover publication. Set in a stylized future City where individuals live in neighborhoods organically responsive to their moods and lifestyles, the story begins as a routine missing persons case for its narrator, Stark, an irreverent soft-boiled detective type who specializes in "finding people, or things." Stark's retrieval of Fell Alkland, a scientist who has fled the driven environment of Action Center for the placid Stable neighborhood, proves relatively easy. But pursuit by Action Center operatives and Alkland's crippling work-related nightmares force Stark and his quarry to escape to Jeamland, a collective repository of dreams and childhood memories that Stark appears to know very well, and to which, as he discovers only belatedly, he has been lured back deliberately. The genius of Smith's narrative is its casual revelation that the detective scenario and detailed elaborations of the City that pull the reader into the story are clue-filled set-ups for the real story of Stark's self-discovery in Jeamland. Ultimately, this requires chapters of explanatory exposition that slow down the finale and betray the awkwardness of a new writer growing into his skills. Nevertheless, the story blazes with a visionary intensity that fires its imagery and fuels its premise that "once you've gone forward, you can't go home again."