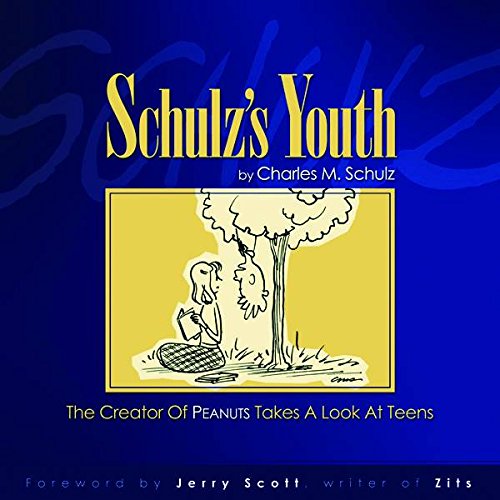 Between 1956 and 1965, as was becoming an international phenomenon, Schulz also drew a much less famous comic strip. was a biweekly single-panel cartoon for the Church of God's teen magazine , mostly about church-related themes: youth fellowship picnics, Sunday school homework, heavy stacks of Bible commentaries. Several hundred of them are collected here, along with a few other church-connected single-panel cartoons Schulz drew in the '60s and some notes explaining jokes whose sense has been lost to time. With its cast of more-or-less devout teenagers, generally lacks the biting wit and underlying darkness of , although Schulz still gets off some zingers. ("Don't bother me," says the strip's most regular character, a gangly fellow who could be a 16-year-old Shermy. "I'm looking for a verse of Scripture to back up one of my preconceived notions!") It's far from Schulz's best work, but it fleshes out the theological concerns that were rarely far from the core of . It's also fascinating to see his inimitable wobbly line and deadpan sense of humor in a different context, and his gift for capturing facial expressions with a few lines in drawings of characters older than the wise children that were his specialty.