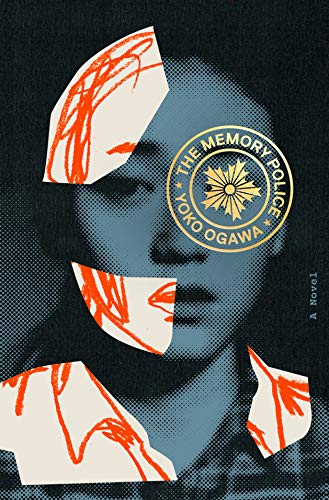 Ogawa (Revenge) returns with a dark and ambitious novel exploring memory and power—both individual and institutional—through a dystopian tale about state surveillance. The unnamed female narrator is an orphaned novelist living on an unnamed island that is in the process of disappearing, item by item. The disappearances, of objects such as ribbons, perfume, birds, and calendars, are manifested in a physical purge of the object as well as a psychological absence in the island’s residents’ memories. The mysterious and brutal Memory Police are in charge of enforcing these disappearances, randomly searching homes and arresting anyone with the ability to retain memory of the disappeared, including the narrator’s mother. When the narrator discovers her editor, R, is someone who does not have the ability to forget, she builds a secret room in her house to hide him, with the help of her former nurse’s husband, an old man who once lived on the ferry, which has also disappeared. Though R may not leave the room for fear of discovery, he, the narrator, and the old man are able to create a sense of home and family. However, the disappearances and the Memory Police both grow more aggressive, with more crucial things disappearing at a faster rate, and it becomes clear that it will be impossible for them—their family unit, and the island as a whole—to continue. The classic Ogawa hallmarks are here, a dark eroticism and idiosyncratic characters, but it’s also clear she’s expanded her range into something even deeper. This is a searing, vividly imagined novel by a wildly talented writer. [em](Aug.) [/em]
close
Details