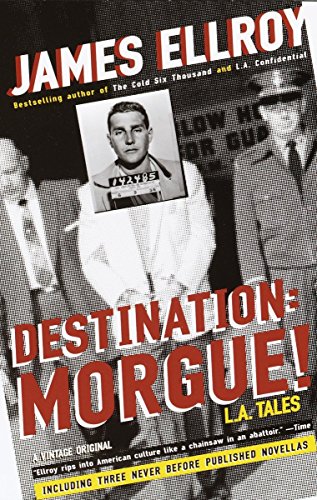 The Demon Dog is back with a second volume of previously uncollected works (following 1999's ), most published during his stint as a writer-at-large for . The essays "Where I Get My Weird Shit" and "My Life as a Creep" chronicle his childhood: the 1958 murder of his mother; a West Hollywood upbringing by his sex-obsessed father; a '60s and '70s coming-of-age replete with Benzedrex binges, "Nazi antics" and superheroic feats of breaking and entering. Young Ellroy obsesses over the femme fatales of pulp and porn, whose images he projects onto murder victims and probation officers alike. In "Stephanie," a grown-up Ellroy tags along with the LAPD when a 40-year-old homicide case involving a girl from his old neighborhood is reopened. Ellroy's greatest hits go on—Mexican boxers, dirty cops, D-list celebrity murders—and devotees will especially welcome the return of lecherous muckraker Danny Getchell. The newest additions, three novellas spanning 200 pages, are told from the perspective of rhino-skin-sporting LAPD dick Rick Jenson, who's got a sore spot for a tough 'n' tumble Hollywood actress. Ellroy's punchy, lingo-laden prose and caustic edge are as sharp as ever, but readers unaccustomed to his penchant for alliteration may not be able to stomach the newer stuff, where sentences like "Crime crystallized crisp in my cranial cracks," interspersed with -like reportage, are the order of the day.