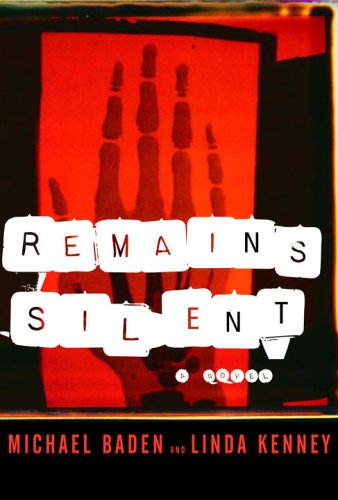 Married couple Baden, former New York City medical examiner, and Kenney, legal commentator for CNN and Court TV, team up for this debut thriller starring a romantic and professional pair with job titles remarkably similar to their own. Dr. Jake Rosen, deputy chief medical examiner for New York City, gets a call from his beloved mentor, Dr. Pete Harrigan, who as county medical examiner in his retirement upstate, has just been handed a pile of bones dug up in an excavation for a new mall. After Harrigan identifies the bones of Korean War vet James Albert Lyons, who mysteriously disappeared in 1963, Jake suggests that Lyons's daughter hire an attorney, Philomena "Manny" Manfreda, a fashionista spitfire who specializes in representing the downtrodden. On their first date, Jake takes Manny to dinner and then to an emergency autopsy, where they banter cute while he dissects the corpse. After Harrigan dies of apparently natural causes, the body count rises, the romance between Manny and Jake heats up and soon nefarious experiments by the government come to light. Pedestrian writing and an implausible ending detract from this vehicle for Baden and Kenney's medical and criminal expertise.