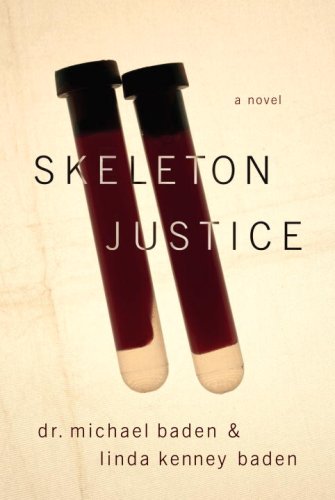 The middling second forensic thriller from eminent pathologist Baden and his attorney wife (after ) finds their fictional alter egos, Jake Rosen, New York City’s deputy chief medical examiner, and his girlfriend, lawyer Philomena “Manny” Manfreda, both pursuing important cases. Jake is helping the police look into the attacks of “the Vampire,” who has rendered five victims, including an opera singer, unconscious before draining some blood from their arms. Later, the Vampire ups the ante to murder. Meanwhile, Manny is defending a young man charged with setting a bomb in a mailbox that almost killed a federal judge. Few will be surprised when these separate plot lines intersect. Weak characterizations, a predictable damsel-in-distress twist and a shot in the dark, rather than Jake’s scientific skill, that saves the day won’t satisfy fans of Kathy Reichs and other authors of first-rate forensic thrillers.