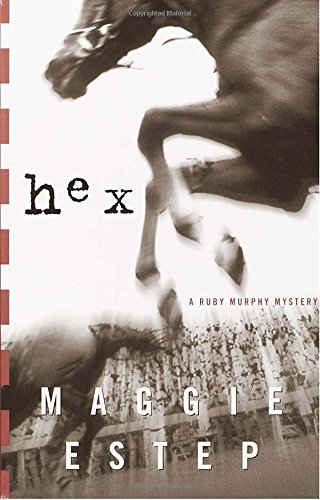 Ruby Murphy, 33-year-old animal lover and recovering alcoholic, makes a lovably quirky heroine in Estep's debut mystery. Bored with her job at the Coney Island Museum, Ruby agrees through a misunderstanding with "a willowy blonde woman" she meets on the subway to follow the woman's shady boyfriend. Soon Ruby is a hotwalker at Belmont Racetrack, indulging in her lifelong love of horses while tracking the slippery Frank, a horse groom and former trainer. When an obnoxious jockey infatuated with Frank dies suddenly, Ruby smells foul play and decides to investigate. Against the advice of her friends and neighbors, Ruby divides her time between the racetrack and yoga, classical piano lessons and buying organic ground turkey for her cats. What sets this book apart is its use of six narrators, including Ruby herself. At times confusing and annoying, this technique nonetheless adds texture and subtle shading. While Estep is no Dick Francis, she knows horses and aptly describes the folks who build their lives around them for better or worse. A charming mass of contradictions, Ruby is a female sleuth much like Sparkle Hayter's Robin Hudson, stomping around New York one step ahead of chaos.