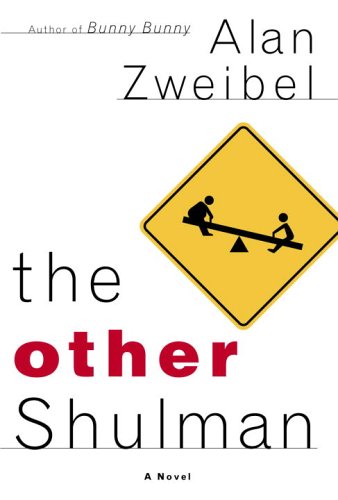 Told via flashbacks as its protagonist runs the New York City marathon, this very likable effort from a former writer is the story of T.O. Shulman, New Jerseyan, stationary store owner and father of three who's gained and lost enough pounds to make "another Shulman." The novel takes its cues from the same green lawns of suburbia that have enchanted writers from John Updike to Chang-rae Lee, but it is Tom Perrotta, with his more quotidian approach to the problems of suburbanites, to whom this work owes its biggest debt. Shulman, in a rut, has decided that his path to salvation is 26 miles long. A fading marriage, absent children and the imminent failure of his business are further complicated by his discovery of a doppelgänger, a real "other Shulman," owner of a mega-stationery store who symbolizes the decline of the Capra-esque smalltown ideal in which displays of vanity and ambition are suspect. But as Shulman's legs grow stronger, his nascent will begins to assert itself in his escalating battle against the cynical manipulations and spiritual falsity that his twin represents. The book wavers by adopting a kind of last-minute ad hoc magical realism that muddles questions about exactly how real Shulman's enemy is, but it nevertheless tells a winning tale. .