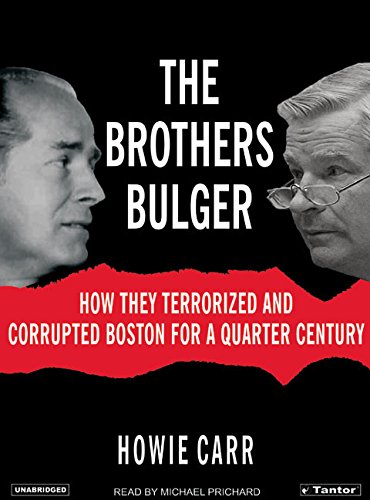 Pritchard sounds so much like actor David Strathairn of in this compelling audio version of Boston journalist Carr's book about William and Whitey Bulger, that listeners might imagine the late Edward R. Murrow telling this fantastic story. Pritchard, a heralded veteran of more than 430 audiobooks, minimizes any moments of possible melodrama, subtly catching instead the superb irony of two brothers who rose to the heights of their chosen careers. Billy was a political powerhouse and kingmaker who was president of the Massachusetts senate and head of the University of Massachusetts. Whitey (born James) was a psychotic gangster who used such tools as flagrant murder and FBI corruption on his climb to the role of chief of Boston's flourishing Irish mobs and who has now disappeared. Anyone who doesn't know the details of the Bulgers' amazing dual saga will find them all spelled out in Pritchard's clean, understated delivery, which makes the whole thing even more incredible.