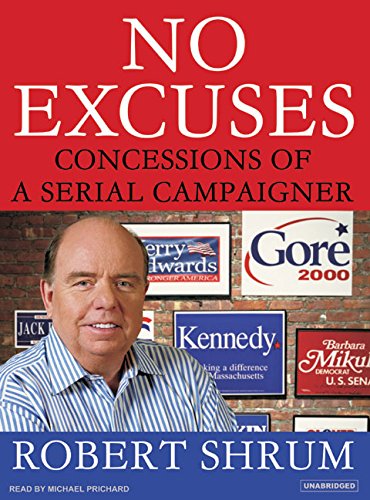 Shrum's autobiography reads like a detailed history of politics with a heavy concentration on the Democratic Party that may cause some to lose what little faith they have in the democratic process. From childhood days as a student deeply interested in politics and the first few campaigns he worked on to the 2004 election, Shrum reveals some of his hardest challenges, greatest achievements and disappointments. Known as the mastermind behind numerous election campaigns at the federal, state, and local level for over 30 years, Shrum reveals the different tactics and strategies employed over the years to garner votes and manipulate public opinion. Shrum masterfully summons up the details and moods of past elections, injecting the hope of the time into past political campaigns. Prichard only adds to this compelling and insightful book by keeping an excellent pace and smooth rhythm to his narration. When quoting politicians, he imbues the words with trace hints of each person's speaking style so that the unique voices of Sen. Edward Kennedy, and presidents Reagan and Clinton are easy to recognize. With a long history of speech writing, Shrum's talent for writing for sound blends seamlessly with Prichard's narrating adeptness.