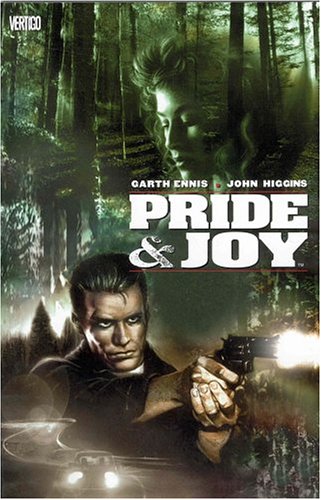 This noir tale of parenthood and revenge brings Ennis's talent for dialogue and flair for the grotesque to a decidedly unexpected venue. Jimmy Kavanagh is a long-retired petty criminal and recent widower raising his young daughter and sullen teenage son. He's still mourning his wife and his recently deceased father, whose memory he keeps alive by telling his kids tales of the elder Kavanagh's macho bravery and deeds of chivalry and honor as a pilot. But he's disconnected from his son, who rebels against Jimmy's brand of macho fatherhood, and he seems adrift in the world. That is, until a vicious criminal named Stein returns to exact vengeance for a decades-old double-cross. On the run, Jimmy reminisces about his wife and father's mortality, the stories they told him, and his relationship to his son. Ennis ( ) ambitiously attempts to give a sermon on honor, family and love in the context of a family on the run from a psychotic murderer. However, he largely fails to make it work. Jimmy is essentially unsympathetic: his obsession with old-world ethics and his simplistic, black and white outlook make him one-dimensional. Meanwhile, the villain, Stein, is standard issue: capable, we're told again and again, of doing anything, anytime. Without real intrigue behind the protagonist, this work plods along, its thriller plot as listless as its themes. Higgins's art is serviceable but bland and sits on the page, imbuing an already floundering script with little to help it.