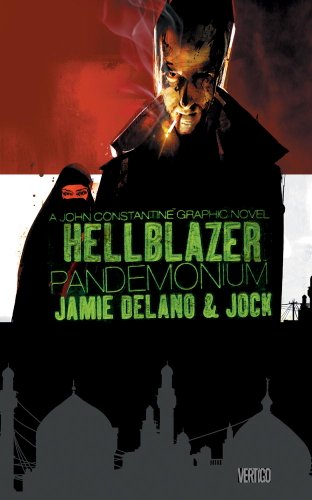 The charismatic rogue who's faced the worst magic and the supernatural can throw at him confronts the hells of a war zone in this stylish occult thriller. When John Constantine is blackmailed by the British government into taking a special assignment in Iraq, he's decidedly unhappy with the situation. Not helping is the fact that he's working with Aseera al-Aswari, the woman used as bait in the scheme that trapped him. Soon after the two arrive in the city of Tel-Ibrahim, their interrogation of an imprisoned djinn ends up being the first link in a chain leading to a wider conspiracy of Babylonian gods seeking to profit from the violence of the war. Writer Delano returns once more to the Vertigo title he helped launch and his comfort with the character is evident. Constantine revels in being unapologetically obscene and is all the more likable for it. And yet Delano doesn't let this detract from confronting the delicate issue of how those in power benefit from war, unconcerned by all the suffering their actions cause. The muted tones and heavy shadows employed by artist Jock are well-suited to Constantine's world, an unnerving place somewhere between our reality and myth.