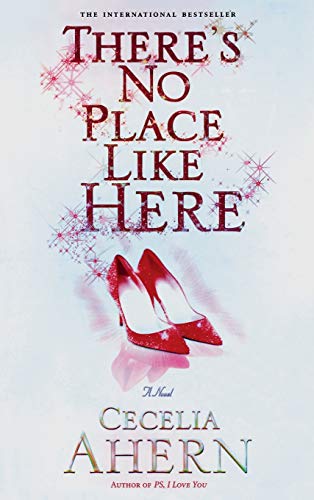 Ahern tells the fantastical story of Sandy Shortt, a smalltown Irish girl who, at 10 years old, becomes obsessed with finding lost things after a neighborhood girl disappears. Sandy’s parents fret for years about her fixation, eventually finding her help in the form of hunky high school psychologist Gregory Burton. He’s not much older than Sandy, and soon enough they’re both smitten, though neither moves to pursue a romantic relationship until later, after Sandy graduates and moves to Dublin, where she tracks missing persons for a living. Gregory follows and they start and stall through an awkward courtship that’s cut short when Sandy, while on a jog, gets lost and winds up in a strange parallel universe, home to the people and things that have gone missing from the regular world. What happens to Sandy there, and to those she left behind, will determine not only her future but Gregory’s as well. Ahern jumps around in time and space, which adds as much confusion as suspense, but the underlying message about cherishing what you have comes through loudly by the end. That a film adaptation of Ahern’s is scheduled for release in late December can’t hurt sales potential.