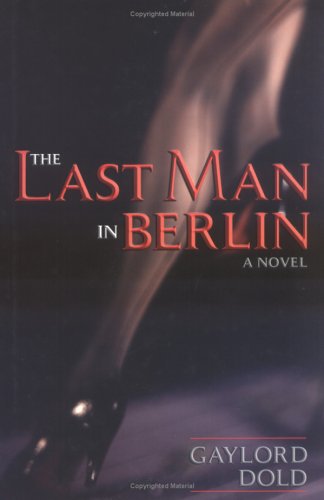 THE LAST MAN IN BERLIN

WWII-era suspense novels (as opposed to espionage thrillers) have been steadily gaining ground thanks to the likes of J. Robert Janes and Joseph Kanon. Veteran mystery writer Dold (, etc.) makes a foray into the subgenre with his latest novel, set in a 1930s Berlin riven by street battles between the Communists and the rising Nazi Party. In this fraught climate, Det. Insp. Harry Wulff has three strikes against him: he is pro-Republic; his lover is a Jew, an early psychoanalyst named Johanna Davidov; and he has been detailed to Bernhard Weiss, a ranking Jewish officer working to expose the crimes of the Nazi Party. Meanwhile, the discovery of the strangled corpse of a transvestite prostitute in an alley puts Wulff on a collision course with a crazed killer who steals the identities of his victims. By juxtaposing the killer's psychosexual pathology with the corruption of the Nazis he eventually works for, Dold fosters an atmosphere of sordid menace. The plot weaves between the Nazis, the losing team of Wulff and Weiss, and a host of Weimar underworld types, leading inevitably to a three-way showdown between Wulff, the killer and a scheming SA leader, Dieter Rom. Dold's characters (particularly the wasted Johanna) could use a bit more depth, and the application of period detail is uneven. But Wulff is a dependable protagonist, and as Dold halts his tale with time to spare (following Hitler's ascension in 1933), there is potential here for a sequel.