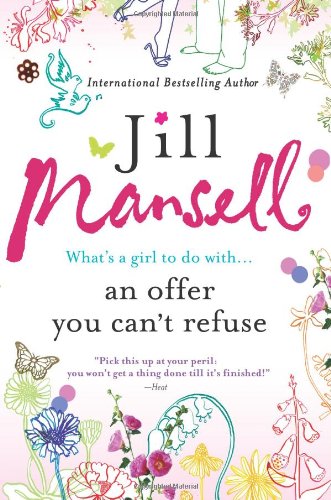 An Offer You Can't Refuse

Mansell's mostly fun latest (after ) recounts how a 17-year-old's decision to accept a bribe affects her life several years down the road. After her beloved stepfather, Alex, confesses to a large gambling debt, Lola accepts a payment from her boyfriend Dougie's disapproving mother, who wants Lola gone. Lola pays off her father's debt and disappears from London for 10 years, after which she returns. In a too coincidental twist, she rescues a woman from a mugging, only to later learn—at a thank-you party the victim throws—that the woman she helped is Dougie's mother. Dougie, meanwhile, has a new girl and is still disgusted that Lola accepted the bribe, though that doesn't keep Lola from trying to re-insert herself into Dougie's life. A subplot involving Lola's mother and biological father adds to the mix, as do the romantic foibles of the cast. Mansell stumbles, however, in the unlikely final chapters, which stick too closely to the genre formula. A fast pace and fun writing make the story fly by, but the happily-ever-after doesn't feel right.