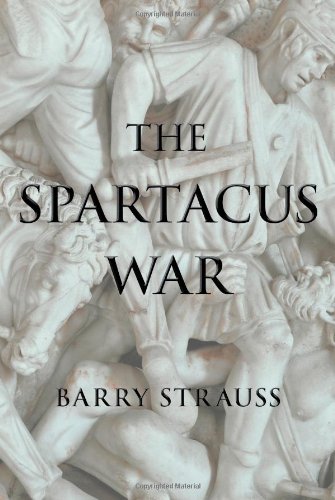 No one presents the military history of the ancient world with greater insight and panache than Strauss ( ). His latest work tells the story of a slave from the Balkans, a gladiator who in 73 B.C. led an uprising of 700 gladiators that eventually attracted over 60,000 followers. Strauss depicts Spartacus as a charismatic politician, able to hold together a widely disparate coalition of Celts, Thracians, Germans and Italians. As a general, he was a master of maneuver and mobility, keeping the ponderous Romans consistently off balance. Strauss reconstructs the rebels' movements across southern Italy and their development into an army good enough to overcome Rome's legions in battle after battle. Not until Marcus Licinius Crassus was given command of Roman forces did Spartacus face an opponent who could match him. Spartacus forced a battle that resulted in complete defeat and his anonymous death. But the uprising he sparked left a permanent mark on the Roman psyche and made Spartacus himself a figure of myth as well as history, as Strauss shows at the end of this brisk, engrossing account. 8 pages of b&w illus., maps. (