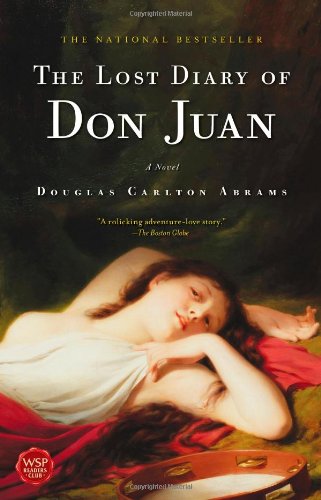 The Lost Diary of Don Juan

The famously insatiable lover is brought brilliantly to life in this lively, suspenseful debut novel by Abrams (coauthor of ; ). Framed as Don Juan's long-guarded diary, the narrative picks up at a gallop and never relents, tracing Don Juan's orphaned upbringing at a convent and torturous monastery before he escapes and joins a band of thieves. He is soon introduced to the Marquis, who trains the then amateur Lothario to become equally adept at swordsmanship and seducing women. (Abrams's background in Taoist sexuality is evident in the latter's scenes.) Don Juan develops a reputation as "some kind of demon," but the Marquis, who is close to the king, protects Don Juan from the inquisitor general's plans to punish him. Nevertheless, Don Juan resists the Marquis's plea that he marry to save himself, claiming he has no interest in love—until he meets pistol-packing firebrand Doña Ana. Abrams renders his hero with sympathetic understanding, and his erotic exploits—though heavy on plumage ("I sipped the moist nectar of her mouth as she opened her petals to me")—round out Don Juan instead of providing one-handed reading material. The story unspools with the invigorating trajectory of a thriller and the emotional draw of historical romance.