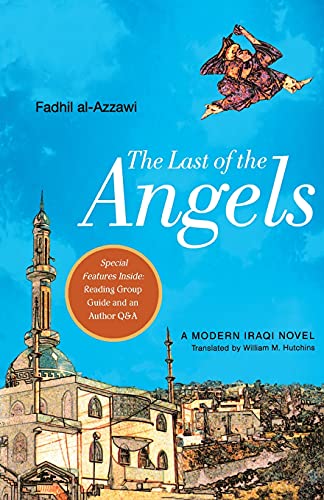 The Last of the Angels

Al-Azzawi left Iraq in 1977 for exile in Germany. This 1992 novel about 1950s Kirkuk was banned in Iraq: it covers a series of hilarious, surreal and sometimes horrifying adventures in a neighborhood of Arabs, Turkmen and Kurds during the fall of the monarchy and the rise of the Ba’ath Party. Hameed Nylon—a nickname born of rumors that he lost his job with the Iraq Petroleum Company after offering his English boss’s wife a pair of stockings in exchange for sex—becomes an unlikely leader of a people’s revolution. Khidir Musa, a butcher suffering midlife crisis, has a vision that starts him on a quest to find his two brothers, missing in the Soviet Union since WWI. A barber killed by an errant bullet during a demonstration becomes a saint whose mausoleum attracts worshippers from afar. Young Burhan Abdallah comes upon three angels who promise to bring rebirth to Kirkuk: he waits for them to keep their word through the rise and fall of one cruel tyrant after another. With comic coincidence as a major plot device, Al-Azzawi explores politics, religion, culture and self-interest with very little inhibition (except where it comes to women, who are mostly absent) in this rollicking, bittersweet satire.