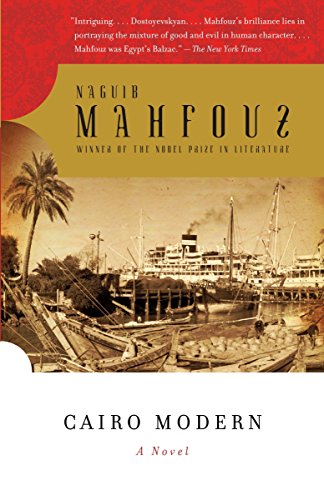 This new translation of an affecting early novel about love and social climbing by deceased Egyptian Nobel laureate Mahfouz (the Cairo trilogy) follows the fortunes of a Cairo university graduate eager to make his way in a venal 1930s imperialist society. When new graduate Mahgub Abd al-Da'im learns his father is at death's door and his monthly stipend will soon be terminated, he accepts a ministry position out of desperation. There is also a very large string attached: he must marry the minister's beautiful young mistress. The dishonor of this Faustian bargain is further underscored by the revelation that the young woman, Ihsan, was the ideal love of one of Mahgub's university friend's, and the two intended to marry before she was encouraged by her calculating family to accept the minister's seduction. Fallen characters, Mahgub and Ihsan set out on their single-minded path toward material advancement. Mahfouz is a master at depicting shifting forces of motivation, and despite some dated stereotypes, he offers a keen psychological portrait of a complex society in the midst of radical transformation.