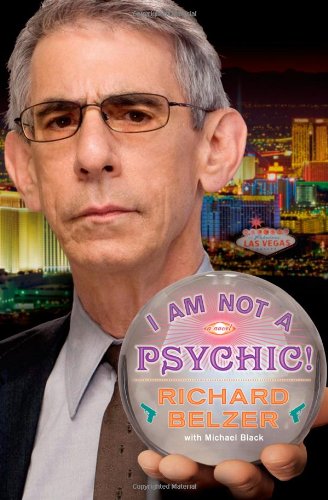 I Am Not a Psychic!

Actor and comic Belzer, best known for his long-running portrayal of the acerbic detective John Munch on the TV series and , fares much better with his second light crime novel featuring himself as the amateur sleuth. Both the plotting and the prose are sharper than in 2008's and offer promise that future books may be better still. Just before Belzer leaves New York City for Las Vegas to cohost a charity telethon, Paul Venchus, with whom Belzer once worked as a reporter, calls and asks for his help cracking a conspiracy. Venchus claims the suspicious deaths of a Marilyn Monroe–like actress and her congressman lover were actually murders. After Venchus turns up dead himself, possibly from an alcohol overdose, his girlfriend comes to Vegas to implore Belzer to investigate. Despite a deus ex machina, snappy dialogue and solid pacing makes this a success on its own terms.