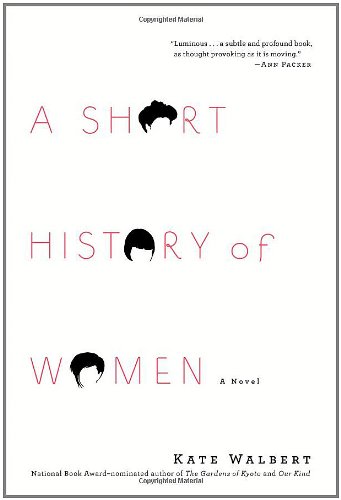 A Short History of Women

Walbert—2004 National Book Award nominee for —offers a beautiful and kaleidoscopic view of the 20th century through the eyes of several generations of women in the Townsend family. The story begins with Dorothy Townsend, a turn-of-the-century British suffragist who dies in a hunger strike. From Dorothy's death, Walbert travels back and forth across time and continents to chronicle other acts of self-assertion by Dorothy's female descendants. Dorothy's daughter, Evelyn, travels to America after WWI to make her name in the world of science—and escape from her mother's infamy. Decades later, her niece, also named Dorothy, has a late-life crisis and gets arrested in 2003 for taking photos of an off-limits military base in Delaware. Dorothy's daughters, meanwhile, struggle to find meaning in their modern bourgeois urban existences. The novel takes in historical events from the social upheaval of pre-WWI Britain to VJ day in New York City, a feminist conscious-raising in the '70s and the Internet age. The lives of these women reveal that although oppression of women has grown more subtle, Dorothy's self-sacrifice reverberates through generations. Walbert's look at the 20th century and the Townsend family is perfectly calibrated, intricately structured and gripping from page one.