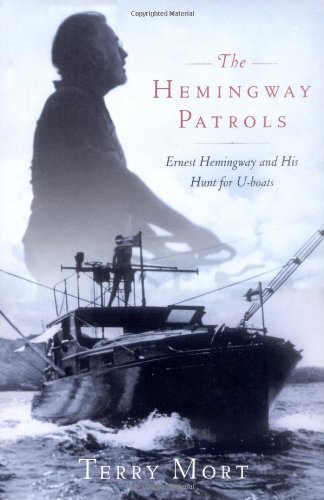 The Hemingway Patrols: Ernest Hemingway and His Hunt for U-boats Aboard the Pilar

One of celebrated novelist Ernest Hemingway’s more quixotic exploits opens a window into his soul in this sprightly biographical study. During WWII, Hemingway and a volunteer crew ran patrols on his boat, , looking for German submarines along the Cuban coast. They never found any, and his wife, Martha Gellhorn, whose eye-rolling presence pervades the book, deemed the operation just a grandiose excuse to go fishing and drink with cronies. Mort ( ) notes that U-boats were a real threat, though he allows that Hemingway’s plan to attack with grenades and tommy guns could only have made the Germans die of laughter. Mort also gives an interesting rundown of the submarine war. But the patrols’ real significance, in his estimation, lies in their resonance with Hemingway’s imagination and literary oeuvre. The resulting analysis can be a bit blunt (“the U-boats were the sharks in ... the bulls in the ring at Pamplona”). But this colorful, subtle portrait offers insights into Hemingway, making him as vivid as his fictional heroes, a tribe of romantic existentialists: domineering, brave, foolhardy, secretly vulnerable, larger than life.