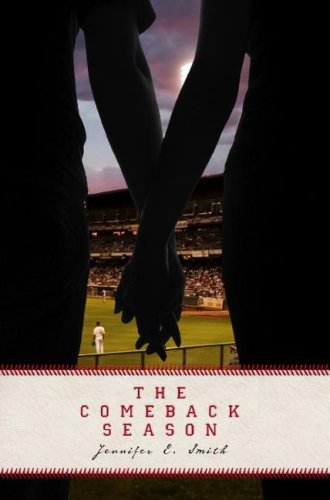 Who better than a Cubs fan understands loss? Ryan Walsh fell for Chicago's lovable losers at the side of her beloved father, who died when she was 10. Now 15, Ryan skips school on Opening Day 2008, the five-year anniversary of her father's death, and the beginning of a baseball season that marks an entire century since the Cubs' last World Series championship. Trying to buy a ticket from a scalper, she runs into Nick, a new boy at school, and their shared Cubmania unites them in friendship, then romance. Ryan is overinvested in the relationship: she's on the outs with her former best friends, and somewhat estranged from her newly pregnant mother (who sold her late husband's season tickets to pay bills, and has married a golfer who hates baseball). So it comes as a particularly cruel blow when Nick turns out to be terminally ill. A frequent objection from non-baseball fans is the languid pace of the game. The same complaint could be levied against this introspective first novel, which makes use of baseball's many opportunities for metaphor but not of its potential for excitement. Smith is a smooth writer, and she has something wise to say about how people process loss, but this four-hanky affair may be too much even for those as accustomed to heartbreak as Cubs fans. Ages 13-up.