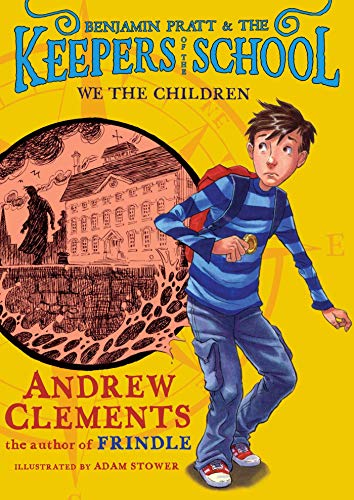 This suspenseful novel, which launches Clements's ( ) Benjamin Pratt & the Keepers of the School series, catapults Ben into a mystery surrounding his seaside school. Founded by a Revolutionary War–era sea captain, the school is slated to be demolished to make way for an amusement park. Just before he dies, the longtime custodian gives the sixth grader a gold coin imprinted with the founder's declaration that the school “belongs to the children” and cryptic instructions on how to “defend” it. Ben and his friend Jill set out to decode the message, a process that involves some intriguing questions and maneuverings. Clements has the makings of an action-lover's dream scenario: a school setting full of history and secrets, a tense kids-versus-adults dynamic, and a sailing race to boot. Some may be disappointed by how little is revealed, though, and the climactic race, while exciting, ends the story abruptly. Characteristically, Clements probes his hero's personal quandaries, as Ben deals with his parents' separation, his growing feelings for Jill, and the potential loss of his beloved school. Ages 7–10.