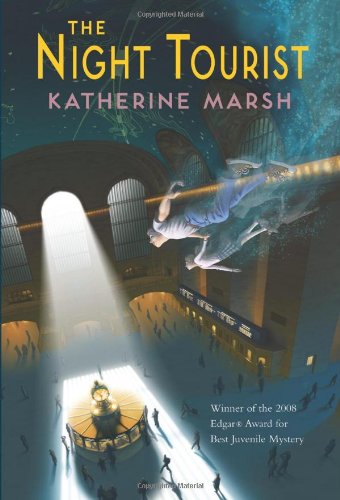 Marsh, a editor making her children's book debut, reworks the Greek myth of Orpheus and Eurydice in a supernatural tale about a 14-year-old boy's quest through an underworld in New York City, in search of his late mother's spirit. After introverted ninth-grade prodigy Jack Perdu is involved in a near-fatal accident, he is sent to see a specialist in Manhattan. There he meets Euri, a self-proclaimed “urban explorer” who reveals herself to be a ghost—part of a vast and complex community of people who have died in NYC. (Euri tells Jack that he might be able to find his mother if she has not completed her unfinished business in the world and “moved on” to Elysium, which is “somewhere in the Hamptons,” by her best guess.) Euri becomes his personal tour guide as they explore the city by night, when ghosts can leave the underworld to roam unseen. The pair tries to avoid capture by underworld authorities as they seek Jack's mother, in the process unraveling mysteries surrounding his parents' relationship and Jack's ability to infiltrate the spirit world. Mixing numerous references to mythology and classical literature with deft touches of humor and extensive historical details (former mayor Fiorello LaGuardia, Dylan Thomas and corrupt police captain “Clubber” Williams, among others, make cameo appearances), this intelligent and self-assured debut will compel readers from its outset, and leave them satisfied as it explores universal themes of love, loss and closure. Ages 10-up.