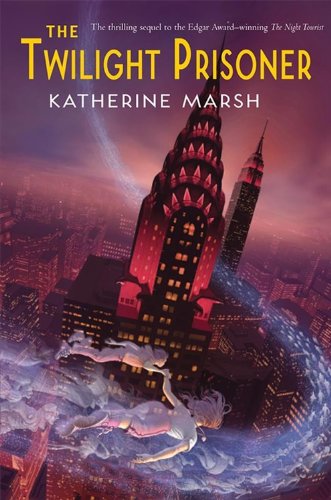 In this quick-paced sequel to , Marsh returns readers, and her hero Jack Perdu, to the New York City underworld. In an effort to impress his classmate Cora, Jack takes her to the underworld, but heightened security leaves them without a return route. Jack and Cora dodge underworld authorities as they track down the civil engineer who may hold the key to their escape, while piecing together a mystery involving Euri, the ghost Jack befriended in the previous book (readers needn't have read it, as Marsh provides sufficient background). The hallmarks of remain: the historical trivia and humor Marsh weaves through her text (ghosts at the Bloomingdale asylum learn the limbo, as part of their therapy), appearances by notable deceased figures (Emily Post, W.H. Auden) and the influence of Greek myth. (This story takes cues from the story of Persephone, in which the goddess is abducted by Hades and brought to the underworld.) Readers should be drawn in by the complex relationships between Marsh's protagonists and Jack's continuing existential struggles, caught between the worlds of the living and the dead. Ages 10–up.