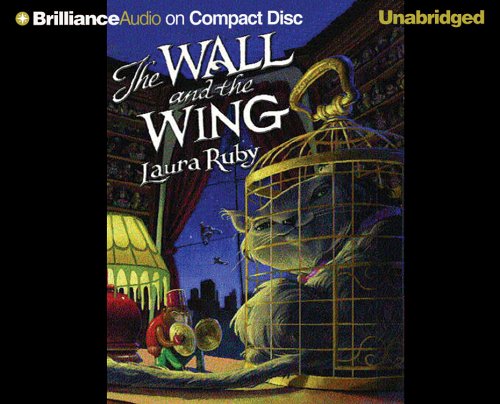 The Wall and the Wing

InRuby's quirky and compelling fantasy, the standouts are a strange, cat-collecting professor who consults a creepy "answer hand" that he purchased on eBay, and an orphan called Gurl who can turn invisible, in a futuristic New York City (where people can fly). Raudman, with a velvety, confident voice, does a fine job of characterizing the rest of the oddball group, too, including a gangster named Sweetcheeks Grabowski, a rat man, a monster with a zipper face and an orphan boy named Bug with whom Gurl tries to outrun all the villains who want to exploit her power. Listeners may have some initial difficulty keeping this beefy cast straight. But those who stick with it will be rewarded by a memorable, brisk-moving outing peppered with bits of humor. Ages 11-up.