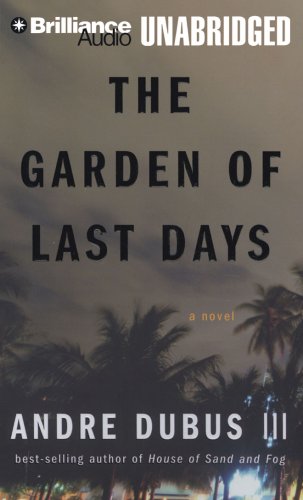 The Garden of Last Days

This fascinating novel is a powerful look at connection and love played out inside of a strip club in Florida. The central character is April, a stripper forced to bring her child to work because her babysitter has a panic attack. A male narrator seems a poor choice, as a strong female performance would have captured the essence of the story far better. Dan John Miller reads clearly and with good pacing, but his deep monotone lacks emotion. While the writing is certainly first rate and the characters completely realistic, Miller fails to capture the listener's attention.