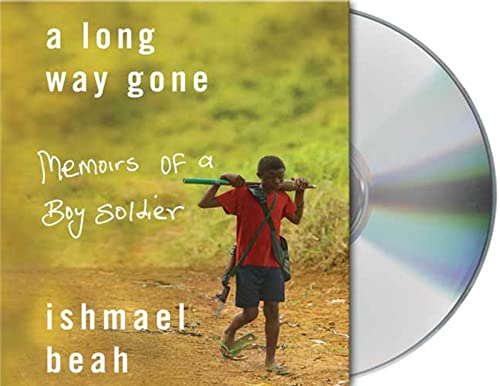 A Long Way Gone: Memoirs of a Boy Soldier

Beah’s harrowing story of a boy caught up in the civil strife in Sierra Leone is not an audio to curl up with before bedtime. Beah’s even-toned narrative is particularly disturbing because it’s almost exactly the same whether he is enjoying the company of a newly found uncle or busy shooting and maiming rebels and even burying them alive. His monotone works particularly well when he is recounting his dreams, for he cannot distinguish his nightmares from his waking life. Beah speaks with a thick accent that omits “th” sounds. Many words are understandable in their context, but a few are not. He also stumbles over some longer and more complex words. Despite these drawbacks, Beah’s tale is a riveting snapshot of childhoods stolen from all too many, not just in Sierra Leone but in Somalia, Iraq, Palestine and other places ravaged by civil wars.