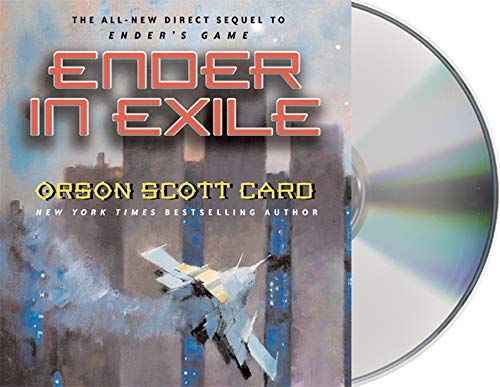 This new tale in Card’s ever-expanding Enderverse tackles Ender in the months following his saving Earth and his eventual exile by those he saved. As he reconciles his act of “xenocide,” Ender re-establishes his relationship with his sister, Valentine, while also trying to create stability on a newly established colony planet. While Ender finds himself with many potential enemies, they pale in comparison to his own inner antagonist. Though Stefan Rudnicki dominates much of the text, additional cast members embody different narrative voices within the story. Rudnicki performs well; his knack for sliding between prose and voices, both male and female, is aurally hypnotic. His deep, resonating voice skillfully employs timing and emphasis to elicit great emotion from the text. Card reads the afterword, in which he explains that though this book contradicts Enderverse continuity, this still remains the “real story.”