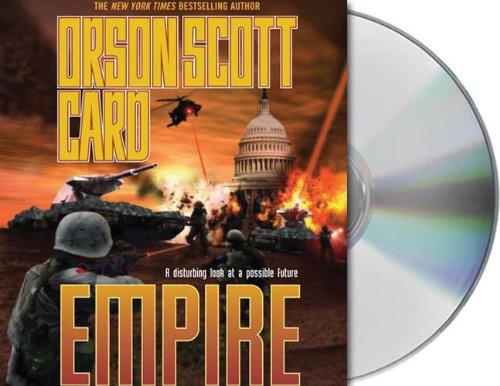 When the United States stands on the brink of civil war between "blue states" and "red states," Maj. Reuben Malek and Capt. Bartholomew Coleman use their special ops training to maintain the country's unity. With the president and vice president assassinated within minutes of each other, and New York City taken over, the two must figure out who has planned this and how to prevent the growing tension between left and right. Unfortunately, Card's conservative bias seeps into this tale with repeated jabs at "liberal media" and even a guest appearance by Bill O'Reilly helping out the good guys. These juvenile assaults distract from Card's keen storytelling skills. As a co-narrator, Card sticks mostly to the superfluous job of reading chapter introductions, saving his passion for his afterword, where he lambastes both the left and the right for their extreme and exclusionary acts. Rudnicki makes this audiobook worth attention. His deep sturdy voice provides the rich and engaging narrative that pulls in any listener. He reads the book smoothly, adding energy, characterization and authority to all aspects of the story. Without Rudnicki, this empire crumbles.