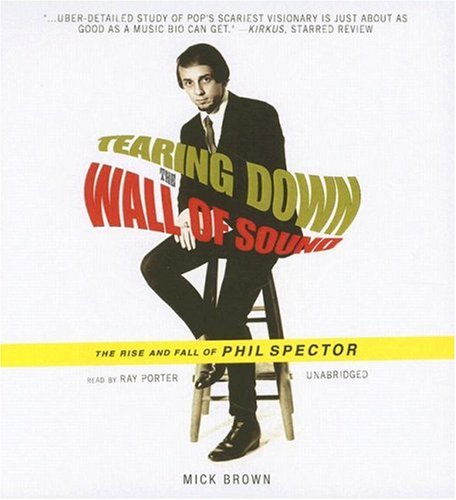 Tearing Down the Wall of Sound: The Rise and Fall of Phil Spector

Currently on trial for his life, accused of the murder of actress Lana Clarkson, hit maker and Wall of Sound creator Phil Spector has been the subject of much recent media interest. Brown's detailed biography of Spector begins with his working-class childhood, continues through his glory days as a musical wunderkind and mysterious recluse, on up to the moment when he is alleged to have killed Clarkson. Porter's reading of Brown's biography does a solid job of hitting the high notes, maintaining an even tone and reading with understated panache. Porter is workmanlike, trekking through Spector's up-and-down life at an even clip with a careful, documentary-film–narrator assurance. He likely should not stray too far from his phone, for the inevitable posttrial version of the book.