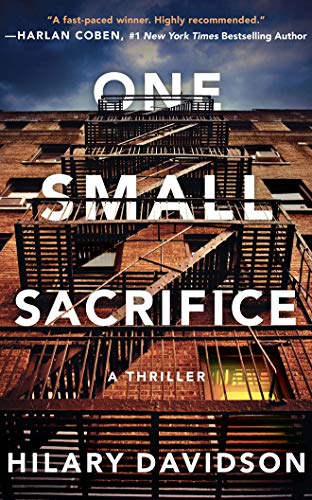 New York photo journalist Alex Traynor, the suspect at the center of this taut series launch from Anthony Award winner Davidson (the Lily Moore series), suffers from PTSD due to his harrowing work in war zones around the world. Traynor’s fiancée, surgeon Emily Teare, who has had her share of battlefield experience, has disappeared, and Det. Sheryn Sterling of the NYPD is convinced that Traynor is responsible. Sterling arrested Traynor the year before for the murder of Cori Stanton, a young woman who died as the result of a fall from the roof of the photographer’s apartment building. Though Traynor was later released, Sterling clings to the idea that he’s guilty. Traynor is menaced by Cori’s grieving father, harassed by the police, and uncertain about his relationship with Emily. His PTSD symptoms, which include occasional blackouts and anxiety, make him vulnerable to self-doubt, and there are moments when he and the reader are not certain of his innocence in either crime. Davidson’s ability to maintain the suspense bodes well for future installments. [em]Agent: Mitch Hoffman, Aaron M. Priest Literary. (June) [/em]

Correction: An earlier version of this review misstated a plot point and incorrectly identified Alex Traynor as the book's hero.

The Hunter
The Hunter
Jennifer Herrera
“I would not have pulled the trigger,” declares Det. Leigh O’Donnell of the NYPD in the opening sentence of Herrera’s stellar debut. Leigh was suspended from the force after she Continue reading »

The Album
The Album
Mary Roberts Rinehart
In the illuminating introduction to this exceptional whodunit from Rinehart (1876–1958), first published in 1933, Otto Penzler quotes the author’s brief description of it: “The Continue reading »
chevron_right